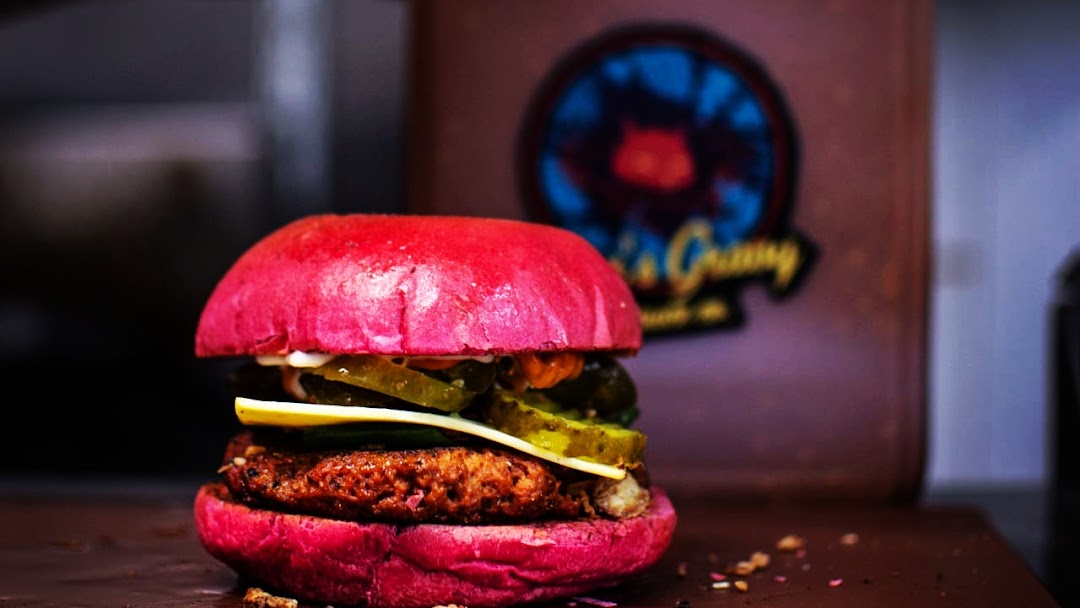 January is in full swing and in the vegan sphere that means only one thing: Veganuary has begun. But what is it, why did it start, and how are businesses and brands making sure that they not only align with but also capture consumer interest while it is happening?

Read on to find out how appetites change and who caters to them at the year’s start.

A month-long challenge that asks anyone who eats meat and dairy to quit, just for 31 days, Veganuary has steadily grown since its inception in 2014.

Essentially, the event shows omnivores that adopting a vegan lifestyle is neither challenging nor boring and that it can positively impact their lives and the environment.

Just as individuals sign up in their droves to participate in the yearly event (last year saw a record-breaking 620,000+ people take the vegan pledge), brands and restaurants now also see the value in participating. As such, major chains, including Burger King, McDonald’s, and Starbucks, hold off on new vegan-friendly food releases, to launch them in conjunction with Veganuary.

However, there is a slew of incredible independent plant-based eateries that ditch animal products all year round and whose sustainability credentials, imaginative menus, and non-seasonal allyship should be celebrated. You can do exactly this by choosing to visit them.

Which restaurants can I eat at during Veganuary?

It’s not an exaggeration to say that since veganism started to break into the mainstream, most restaurants now have at least one suitably animal-free option. But let’s not waste time scouring menus and double-checking that garlic bread is made without butter.

Instead, let’s plan to visit the specifically plant-based restaurants and cafés that are scattered across the UK and haven’t sought to make eating consciously too costly. Afterall, as soon as something becomes a trend, the pricing has a habit of becoming prohibitive.

As the UK’s capital, London has taken the vegan food trend to heart and seen a huge number of meat-free hotspots spring up. However, these are two of our favourites. 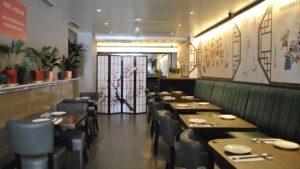 A charmingly unpretentious spot that focuses on recreating Szechuan and Cantonese foods, with no animal products in the ingredients lists. Portions are generous, dishes are clearly labelled to avoid allergen complications, and the prices are very reasonable.

Don’t miss the assorted Tofu Vegan dim sum. At under £10 for six pieces, they are a guaranteed table-pleaser.

For hearty, honest food with a touch of ethics and social responsibility, Black Cat is hard to beat. The restaurant is run as a non-profit cooperative, with everyone pitching in to ensure egalitarian access to nutritious fare.

The menu changes weekly but favourites, including a smokey tempeh sandwich and jerk tofu stew, cycle back frequently. Again, the portions are sizeable and the atmosphere sociable, with no judgment or off-putting vibe.

You’ll visit for the food but you’ll stay and peruse the shop too, so don’t forget to take a tote with you.

East Anglia has become a hub for vegans, especially those who like a small and unique dining experience. It’s tough to pick just two places to eat but some of the more Instagram-worthy locations get enough publicity already.

Before Norwich started opening up a wealth of fancy vegan eateries, Loving Hut, a simple buffet-style takeaway was already delighting vegans in the city.

Conspicuously a little difficult to find, the shop is very small, but you just choose a medium or large container, pay your one-off amount, and then fill it as much as you can. You can then either take it with you to eat at work/home or in the Castle gardens, or you can perch in the window.

The chewy fried tofu sticks are outrageous and the sauce is just the right amount of sweetness and heat. But don’t shy away from the curries and noodles. Oh, and the people working there are never bored of you asking if the food really is vegan. Yes, it’s that good. 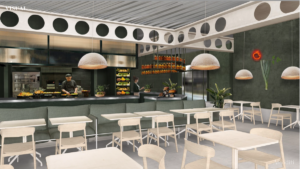 Cambridge has a good number of vegan restaurants, though some can be a touch pricey and not all aree very accommodating for children. The number without high chairs and changing facilities is a bit disheartening.

However, Stem & Glory not only caters to small humans but also furry companions, being dog-friendly. It is also reasonably-priced and offers a good variety of meals that should please even the pickiest eaters.

We recommend selecting a few of the ‘small plates’ to share, most of which are £8, and creating an ultimate plant-based mezze. That way, you get a little of all the goodies and don’t get food envy. Oh, and bonus points for being exceptionally aware of gluten allergies, with plenty of options for sufferers.

A stalwart friend to vegan eaters, Edinburgh continues to open new and exciting food locations. It also boasts a number of legacy hotspots that got in ahead of the curve.

A local favourite and listed by Happy Cow as the city’s best vegan hangout, Black Rabbit is a cruelty-free deli and coffee shop that has sought to recreate favourite snacks, without animal products, for years.

You can find a good selection of cost-effective sandwiches and rolls, alongside artisan cheeses and deli meat. Best of all, the restaurant is trying to be as environmentally-conscious as possible, meaning that you can snag an even better bargain if you bring your own containers and take your snacks and drinks away.

The Green Rabbit sourdough sandwich is our favourite, topped with in-house pesto and artichokes, but we always find room for a croissant too.

Step out of your gastronomic comfort zone and see what vegan versions of Czech food can do for you. Spoiler alert: it will be good things.

The Sly Fox concentrates on homely feel-good meals that will leave your stomßach full and your budget intact. Don;t miss the meat-free goulash or potato pancakes. Equally, don;t be afraid of the sauerkraut, which adds zing and probiotics to your meal.

The restaurant is temporarily closed, but expected to reopen shortly.

Super trendy Bristol loves vegan food but isn’t shy about taking an unusual tack. It’s not all flower walls and gourmet finery here, as some of the best fare comes from burger joints and takeaway havens.

Vegan food with a Caribbean twist is what Fi Real is all about. The no-frills eatery lets you takeaway or dine-in, with the food being the star attraction.

It’s not about heat but flavour here. Rich and deep notes accompany satisfying portions of rice, beans and greens and the fresh fruit smoothies will give you a burst of energy too. Good job, because you’ll want to slump on a sofa and sleep off your meal!

Super reasonably-priced, you’ll struggle to eat as well for so little elsewhere in Bristol.

Modelled on a good old fashioned burger joint, Seitan’s Corner specialises in animal-free fast food that will fool even the most determined meat eaters.

You can choose from a selection of tasty treats or take on the Seitan Corner challenge, which will see you pit your taste buds against a super spicy meal in an attempt to get on the ‘wall of flame.’

If burgers aren’t your thing, there are kebabs and desserts to try too, all of which are priced surprisingly well. It would have been easy for a niche indie to ramp up the cost but that hasn’t happened here, despite the rave reviews.

There are thousands of other incredible vegan eateries scattered throughout the UK but we wanted to give you a taster of what you can find when you take meat off the menu.

Veganuary is a great time to make a change, cement a new lifestyle or simply try something you wouldn;t normally. By supporting independent restaurants at the same time, you contribute to a wider shift that is vital for our environment and personal health.

So what are you waiting for? Make a reservation now.

This website uses cookies to improve your experience while you navigate through the website. Out of these cookies, the cookies that are categorized as necessary are stored on your browser as they are as essential for the working of basic functionalities of the website. We also use third-party cookies that help us analyze and understand how you use this website. These cookies will be stored in your browser only with your consent. You also have the option to opt-out of these cookies. But opting out of some of these cookies may have an effect on your browsing experience.
Necessary Always Enabled
Necessary cookies are absolutely essential for the website to function properly. This category only includes cookies that ensures basic functionalities and security features of the website. These cookies do not store any personal information.
Non-necessary
Any cookies that may not be particularly necessary for the website to function and is used specifically to collect user personal data via analytics, ads, other embedded contents are termed as non-necessary cookies. It is mandatory to procure user consent prior to running these cookies on your website.
SAVE & ACCEPT